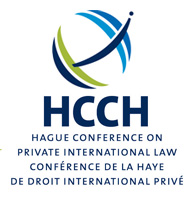 Your company entered into a business agreement with an Australian national and an Indian manufacturing company for exclusive distribution rights of a certain product within the United States.  A year later you learn, however, that a distributor located in Texas has been allowed to distribute large volumes of this product within the United States in contravention of this agreement.  Alternatively, you discover as a result of being sued that your former business partner in a real estate finance and development company had been diverting investor money for personal use, and you need to add him as a party to the litigation.  The only problem is that he is a Serbian national who has returned to his home country.  In each instance, what do you do?

Despite the fact that more and more businesses are operating on a global level involving relationships with individuals and entities operating out of and/or located within foreign jurisdictions, U.S. attorneys often remain uncertain about litigating on a global scale.  Jurisdictional questions alone appear rather challenging when examined on an international level and even such otherwise simple tasks as service of process become more daunting when service must be accomplished in a foreign jurisdiction.  Fortunately, a large number of countries recognized the need to transmit judicial documents from one country to another without the burden of following diplomatic channels nearly a half century ago.  The Hague Conference on Private International Law, an intergovernmental organization which has worked to unify the rules of private international law, put forth a treaty known as The Convention on the Service Abroad of Judicial and Extrajudicial Documents in Civil or Commercial Matters on November 15, 1965 (more commonly known as the Hague Service Convention).  As of the beginning of 2011, 62 countries have signed on to the Hague Service Convention – the United States having done so in 1967.  Nevertheless, the treaty remains somewhat enigmatic to many U.S. litigators.

The Preamble to the Hague Service Convention clearly delineates that the purpose of this treaty is “to ensure that judicial and extrajudicial documents to be served abroad shall be brought to the notice of the addressee in sufficient time” and to “improve the organization of mutual judicial assistance for that purpose by simplifying and expediting the procedure.”  Moreover, Article 1 of the Hague Service Convention provides that it applies “in all cases, in civil or commercial matters, where there is occasion to transmit a judicial or extrajudicial document for service abroad.”  So, whether you are an individual or are acting on behalf of a corporation, if you need to serve a legal document in a signatory country, you must abide by the requirements of the Hague Service Convention.  That is not to say, as pointed out by the United States Supreme Court in Volkswagenwerk Aktiengesellschaft v. Schlunk, 486 U.S. 694, 701 (1988), that the Hague Service Convention actually prescribes standards for determining the legal sufficiency of the actual service of process – instead, to do so, the litigant must refer to the internal law of the forum state.

For ease of reference, the present signatories to this treaty are:

In the examples above, Australia ratified the treaty as recently as 2010, whereas India and Crotia ratified the treaty in 2006.  Thus, in each instance, the potential parties are located in contracting states.  Setting aside jurisdictional questions in the analysis, if you intend to seek a judgment that you can then enforce in the foreign party’s home jurisdiction, you will need to ensure that your judgment was obtained through means that utilized valid service of process as recognized by the applicable foreign court.  In applying the Hague Convention, though, keep in mind that the party’s foreign citizenship is not the deciding factor; rather, application turns upon whether service of process is to be made in a contracting state.  Therefore, the Hague Service Convention does not apply where the foreign national or corporation or his/its domestic agent is found within a judicial district of the United States.  In such an instance, the local governing rules of procedure would apply to the service of process.

The Hague Service Convention also provides for an alternate scheme of service, i.e., other than proceeding through the Central Authority.  Such alternate means include, as set forth under Articles 8 and 9, effecting service upon individuals through its diplomatic or consular agents and/or consular channels.  Further, under Article 10, it is clarified that the Hague Service Convention does not interfere with 1) the freedom to send the documents by mail or 2) the freedom to effect service through judicial officers, officials or other competent persons of the State of destination.  However, Article 10 also provides that such alternate means may only be utilized if the State of destination does not object.  The Federal Republic of Germany, for example, has filed specific declarations with respect to these alternative channels of service.  Therein, Germany objects to service in its territory by foreign diplomats upon German nationals.  Although U.S. consular officials may effect service within Germany upon U.S. citizens, generally they will not do so.  Germany has also objected to service by mail or through a judicial officer.  Moreover, Germany requires an official translation into German of all documents to be formally served.

Ultimately, a judgment obtained in a U.S. court will not likely be enforced in a foreign state if service of process upon the defendant[s] was not effectuated properly.  Thus, much time will have been spent and expense incurred in procuring a meaningless judgment.  Jackson Law International is experienced in assisting individuals and companies with such issues of international law as the Hague Service Convention, and with a network of foreign attorneys to whom we can refer you, should the need arise, your options to pursue legal claims in foreign jurisdictions increases significantly.  By the same token should you need to domesticate and enforce a foreign judgment within the United States, we stand ready to put our experience to work on your behalf.