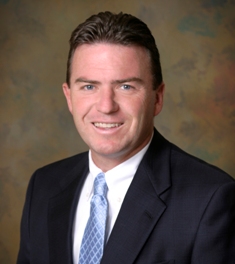 Mr. Jackson was born in Bangkok, Thailand, but was raised in Kiel, Germany, learning German as his first language.  As a result, he speaks German with native fluency. Mr. Jackson earned his undergraduate degree from the University of Miami in 1989, graduating with honors. In 1993, he worked abroad in a law firm in Vienna, Austria, and also attended the Freie Universität in Berlin, Germany in Tulane’s Program on European Law.  As Tulane Law School is internationally recognized for its European as well as its Maritime Practice Programs, Mr. Jackson had been drawn to this school. Mr. Jackson earned his Juris Doctorate degree from Tulane Law School, along with the Tulane Maritime Law Certificate, in 1995.  Mr. Jackson’s upbringing, as well as his education, have since allowed him to serve not only domestic but also international clients with his unique perspective and insight.

Moreover, through the practice of pro hac vice admission (Latin: “for this occasion”), Mr. Jackson has obtained permission from various courts throughout the country to appear and represent clients in states in which he is not licensed to practice.  Given that his client base consists of German-speaking clients, this practice affords these individuals and companies the benefit of obtaining representation through a German-speaking attorney in a jurisdiction where they otherwise would likely be unable to locate such an attorney.  Communication between the client and the attorney is paramount, and in the context of litigation the need for the client and attorney to be able to accurately and fully exchange factual and legal information is critical to the success of the case.  For that reason, Mr. Jackson pursues pro hac vice admission throughout the country in all states that allows for such a process (which is the majority) to assist German-speaking clients in their litigation matters.

Through his diligence and tireless work on behalf of his clients, Mr. Jackson has been able to achieve significant litigation successes throughout the country. As a result, Mr. Jackson has been inducted as a Life Member into The Million Dollar Advocates Forum, one of the most prestigious groups of trial lawyers in the United States. Membership is limited to attorneys who have won million dollar verdicts and settlements. Joining an even more select group of attorneys, Mr. Jackson’s successes on behalf of his clients have also led him to be inducted into The Multi-Million Dollar Advocates Forum as a Life Member for which membership is limited to attorneys who have won multi-million dollar verdicts and settlements. Fewer than 1% of U.S. attorneys are members of either group. 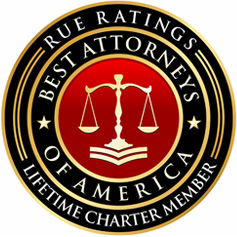