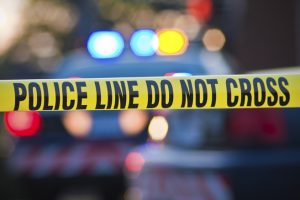 Negligent security cases are a type of civil negligence action that arise from inadequate security measures leading to criminal attacks such as, for example, assaults, robbery, rape, abduction, and murder. These types of cases fall, more specifically, within the category of premises liability cases.  Negligent security cases involve situations where inadequate security measures at a commercial or residential location allows such criminal acts to occur, and often they involve significant injuries.  Such locations include, for example, hotels / motels, amusement parks, shopping malls / shopping centers, stores, restaurants, resorts, parking garages / parking lots, apartment complexes, office buildings, and airports.  Where the criminal act was reasonably foreseeable and those responsible for the property, i.e., owner, property management company, etc., did not take reasonable measures to prevent it, the victim may be entitled to damages.  Damages will generally be higher with more significant injuries.

A recent case in which I was involved demonstrates how a brutal rape and attack on two German tourists could have been prevented.  I represented a German couple that visited Orlando, Florida as tourists to enjoy all that this city has to offer its visitors.  One evening, after much fun and laughter at a local theme park, they returned to their hotel, where they experienced an evening of terror as two men stormed into their room and brutally and sexually assaulted the woman, while her boyfriend was attacked and held at gunpoint – having to endure the cries of his girlfriend during her assault.  They were robbed of everything of value, and, long after the physical injuries healed, the attack continued to leave significant emotional scars for both of them.

Such cases turn on whether the location, in this case an internationally known hotel, provided an appropriate level of security for its patrons.  The investigation of this hotel brought to light that, in the days before this attack, another couple had been assaulted at the same hotel.  However, the hotel made a decision not to warn its guests – too worried that such a warning might turn away potential paying customers.  The hotel also took no action to otherwise prevent this attack.  The hotel’s security force consisted of its maintenance man who was also responsible for changing light bulbs, fixing clogged toilets, and otherwise addressing any number of problems for which guests called the front desk; sadly, he had no real training in the field of security.  During the attack, this man was smoking a cigarette with lobby personnel outside of the building.  Also, the only security camera on the premises was pointed at the lobby where the cash register was located.  A careful review of the hotel’s history revealed that a large number of calls had been made for various criminal activities at the hotel in recent years leading up to this brutal attack.  Again, a nearly identical attack had been experienced by another foreign couple just days before, and, yet, the hotel did nothing to protect its guests from significant injuries.  All of these factors demonstrated that the rape and assault were entirely foreseeable, and the hotel’s failure to act was outrageous.  Ultimately, a favorable confidential resolution was reached on behalf of this couple.