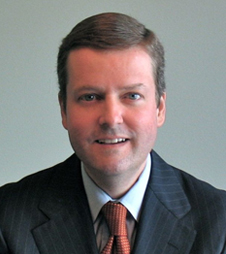 With profound sadness Jackson Law International (“JLI”) announces the passing of its beloved shareholder, James H. Daigle, Jr.  (“Jim”).  During his studies at Tulane School of Law, Jim participated in a program at the Freie Universität of Berlin, Germany, in 1993 within which he met multiple shareholders of JLI for the first time.  Upon graduating from law school, Jim clerked for a highly respected federal judge in New Orleans, Louisiana, and he followed that tenure with employment at a well-known New Orleans law firm.  In 2013, Jim joined the shareholders at JLI, and began his work in international law, where he was able to utilize his German-speaking skills in a professional setting primarily on behalf of German, Swiss, and Austrian clients.  His keen mind, insight, and argument served as a welcome contribution during his tenure.  On May 10, 2021, Jim passed at the youthful age of 51, leaving behind family and friends who miss him dearly.

Jim, our friend, you made your mark on this firm, and your departure leaves a deep void.  May you find peace in your eternal rest.  Our final words to you shall be in your beloved German language: