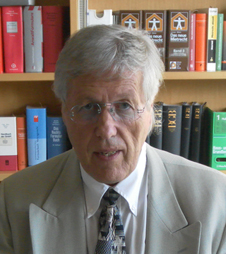 Mr. Stolzki handles transactional and litigation matters throughout Germany. However, he is most widely known within the international legal community for his handling of high-profile family law cases, which often involve international and transatlantic divorce proceedings between individuals in Germany and the United States. Such matters typically involve legal issues surrounding alimony and child support, the law of domestic relations, and separation and distribution of marital assets. Mr. Stolzki’s focus and experience in rendering advice and representation in family law matters also extends to the representation of individuals prior to marriage in the context of drafting prenuptial agreements and related areas.

As a result of his experience handling many divorces, contestation of prenuptial agreements and apportionment of assets and liabilities for high-profile and other clients, Mr. Stolzki has specialized knowledge, experience and contacts in legal matters related to German law.

Mr. Stolzki also represents Multi-Level-Marketing companies and United States companies operating in the health and financing sectors throughout Europe, as well as those companies with a focus upon Middle East operations. He provides legal advice concerning economical solutions for private and corporate clients, priding himself on achieving positive and productive results with the close cooperation with his clients.

Mr. Stolzki also acted as counsel for a conglomerate of companies based in Miami, Florida, from 1997 until 2000. He was involved in the preparation of an Initial Public Offering (IPO) and the foundation of an internet bank.

* Please note that the German offices of Jackson Law International are a separate legal entity set up under, and accordingly governed by, the laws of the Federal Republic of Germany. Any fee agreement into which you may enter with either the U.S. or the German entity will spell out the entity with which you are entering into a legally binding agreement.