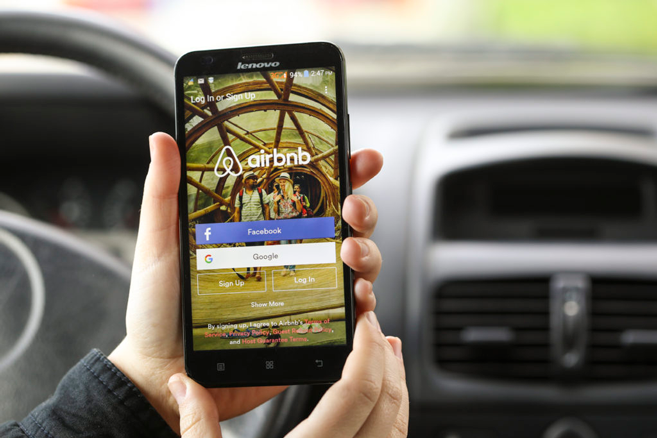 German tourist sues Airbnb following the discovery of a hidden camera in the Airbnb accommodations! These were the headlines reported worldwide when a lawsuit was brought on behalf of German national by Jackson Law International.

Jackson Law International routinely takes on America’s corporate giants to seek justice for injured individuals.  Consequently, the firm was prepared when Ms. S.  came to Jackson Law International after a horrifying experience with Airbnb, Inc. and the Hosts who had rented out an apartment to her friend during Ms. S.’s stay in the United States [to preserve anonymity, the plaintiff is referred to as “Ms. S.”]. Ultimately, Jackson Law International was able to achieve a confidential settlement in federal court on behalf of this German tourist.

In Germany, Ms. S. had dreamed about her upcoming vacation in sunny California. When it came time to book the accommodations in California, her friend utilized the popular online platform created by Airbnb to rent an apartment from one of the many Airbnb “Hosts” in the area.  Airbnb bills itself as “a trusted community marketplace for people to list, discover, and book unique accommodations around the world.”  Its supposed appeal comes, in part, from the fact that the guest has a more intimate experience as compared to staying in a sterile hotel.

Ms. S. felt at home in the apartment at first; so much so that, upon arrival and while staying at the Airbnb property, she would walk through it without wearing any clothing, particularly when walking from her bedroom to a hall bathroom. Ms. S. discussed significant personal, private, and intimate matters with her friend while inside the Airbnb property, and many conversations took place in the living room.

On the third day of her stay, Ms. S.’s friend noticed a light coming from a living room shelf and discovered the presence of a remote-controlled camera within the Airbnb property. As Ms. S.’s friend is employed in the Information and Technology field, he quickly realized that not only was the device a camera but that it was active, fully operational, had a significant view angle, and that this camera was capable of capturing audio, i.e., audible sounds, and video-graphic imagery at night. Also, Ms. S. saw the camera moving, demonstrating that it was being remotely controlled. Finally, information discussed within the Airbnb property was known to the Hosts contemporaneously with when it was said within the apartment; yet, the Hosts were not present when the information was discussed.  Ms. S. was deeply humiliated and concerned that, besides being spied upon, a recording – visual and/or auditory – had been made of her while she was in the apartment and that such a recording might even surface on the Internet.  As a result, Ms. S. moved out of the Airbnb property.

Ms. S. brought a lawsuit in federal court in California against Airbnb and the Hosts, and the headlines within a mere twenty-four hours reflected “German tourist sues Airbnb” after discovering a hidden camera. Airbnb’s business model as “a trusted community marketplace for people to list, discover, and book unique accommodations around the world” led Jackson Law International to argue that Airbnb brokers properties for lease, i.e., Airbnb finds tenants for lessors who are in possession of single family homes, apartments, etc., for lease and collects a commission relating to this service. Specifically, Jackson Law International argued that Airbnb:

Jackson Law International further argued, that despite engaging in these activities, Airbnb fails to comply with section 10130 of California’s Business and Professions Code relative to the oversight of brokers in the state of California.

Jackson Law International also argued that Airbnb’s business model places Hosts onto its leasing platform without a vetting process with respect to these Hosts to ensure the safety and welfare of third parties staying at Airbnb properties. Jackson Law International argued in its Complaint that Airbnb’s woeful and outright dangerous business model consists of multiple failures on its part, including, but not limited to:

These alleged dangerous business practices of Airbnb formed the basis for the claims against Airbnb.  The Hosts were separately sued relative to the presence and use of the camera.  The case reached international acclaim as the media worldwide reported that a German tourist sues Airbnb relative to the presence of a hidden camera. Ultimately, the court was not forced to reach a decision on these legal arguments, as the Defendants and Ms. S. were able to reach an amicable settlement that is confidential as to its terms.  This settlement was reached early in the case and long before any discovery took place or even a trial was scheduled. Jackson Law International takes pride in holding these Defendants legally and financially accountable for the disturbing events experienced by Ms. S.

In a similar vein, Jackson Law International would gladly have the opportunity to review your case and offer our thoughts regarding the level of success that one could anticipate in pursuing your case.

Our law firm looks forward to reviewing your matter to ascertain the potential for bringing a lawsuit against a private person or corporation.