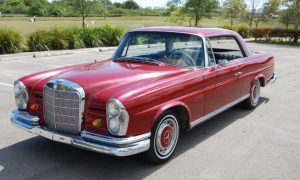 The German purchaser of an antique vehicle was deceived in the United States, when he received two vehicles instead of one – problematic was that he was attempting to purchase one, single vehicle and, instead, received two vehicles that had been welded together to create one in an effort to pass it off as a 1965 Mercedes Benz SEb 220 Coupe.

The surrounding circumstances appeared to indicate that this German purchaser of an antique vehicle was purposefully deceived.  The vehicle had apparently been in the seller’s family for over a decade.  Further, the seller emphasized that the vehicle was being sold “as is.” When A.B. made the seller aware of the problem, the seller was not at all surprised and did not deny the problem.  Thus, the argument existed that the seller knowingly attempted to pass the vehicle off as something other than what the vehicle is. Consequently, A.B. wanted to recover not only what he had paid for the vehicle but additional costs and damages.

Jackson Law International was retained by A.B. to represent him in efforts at minimum to secure the return of the funds utilized to purchase the vehicle.  Following a demand letter, and the seller retaining his own attorney, an amicable settlement was reached before a formal lawsuit became necessary, which involved a recovery for A.B. that was 30% above what he had paid for the vehicle initially. As a result of Jackson Law International achieving this highly favorable settlement, A.B. was quite pleased with the result.

If you have been defrauded in the purchase of an antique vehicle, we would welcome the opportunity to discuss your case with you to determine whether you also might have a viable claim against the seller.