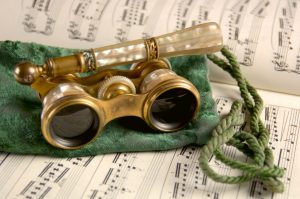 Jackson Law International had the privilege of representing an acclaimed opera singer in a claim for misappropriation of his name, voice and image.  The opera singer (the identity of the client shall remain anonymous for purposes of this article) has had a very notable and highly successful career as a performer at the world’s leading opera houses and theaters, and has been hailed by multiple opera critics as being one of the leading opera performers. For this very reason, this opera singer was asked by another opera singer to sing on a demo CD to help promote the other opera singer’s name within the operatic industry.  At no time, however, was anyone authorized to use the recording for sale, distribution, and/or advertisement.  Nonetheless, the CD was promoted, distributed, and sold by multiple individuals / entities involved in its production without permission.

Consequently, Jackson Law International was retained to prevent the further misappropriation of this opera singer’s name, voice, and likeness.  Initially, a Cease and Desist letter was sent to the relevant parties.  This was followed by a lawsuit in California against the production company and all individuals involved in the creation, production, and sale of the relevant CD.  Claims were brought for false endorsement and unfair competition, as well as bootlegging, under federal statutory schemes.  Moreover, additional claims of commercial misappropriation were brought under the California Civil Code and the common law, as well as additional common law claims of fraud, conversion, and quasi-contract.  Finally, a claim was brought under the California Business and Professions Code, as these actions constituted unlawful, unfair, deceptive, untrue, misleading, and fraudulent business practices.

Jackson Law International was able to secure a financial settlement of this matter, along with an order from the Court, wherein the Court ordered that “Defendants shall refrain from further distribution or sale of the CD and from further using this opera singer’s name and/or likeness.”  Once again, this law firm was able to secure a favorable resolution of its client’s legal matter.